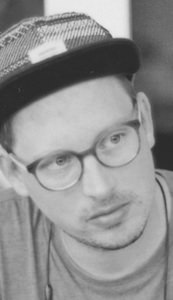 Julian Cohn is a freelance Editor based in Cologne/Köln. During his studying at University of Bayreuth and the “Filmklasse” at the Kunsthochschule Kassel, Julian directed and edited several shortfilms and commercials. He won the young talent award (shocking shorts award) of NBC/Universal for his short “Abbitte eines Mörders” and went to LA for a Masterclass at Universal. After graduating in 2015, Julian started working as a freelance editor and since worked on several fiction-formats, commercials and musicvideos. He co-edited the series “Andere Eltern” which got nominated for the german “Grimme-Preis” in 2019. Julian is known for his strong sense for telling stories.

Drop us a line